Our Founder and Board of Directors Louise Pace
Founder (established 1995)
“It took me three long years to discover the name of the demon that was destroying my body and mind. I will spend the rest of my life working to keep the spotlight on Cushing’s disease/syndrome so that others might have a chance ‘to see it and beat it’ as well.” Louise founded the CSRF as a 501(c)3 in the state of Massachusetts in 1995. 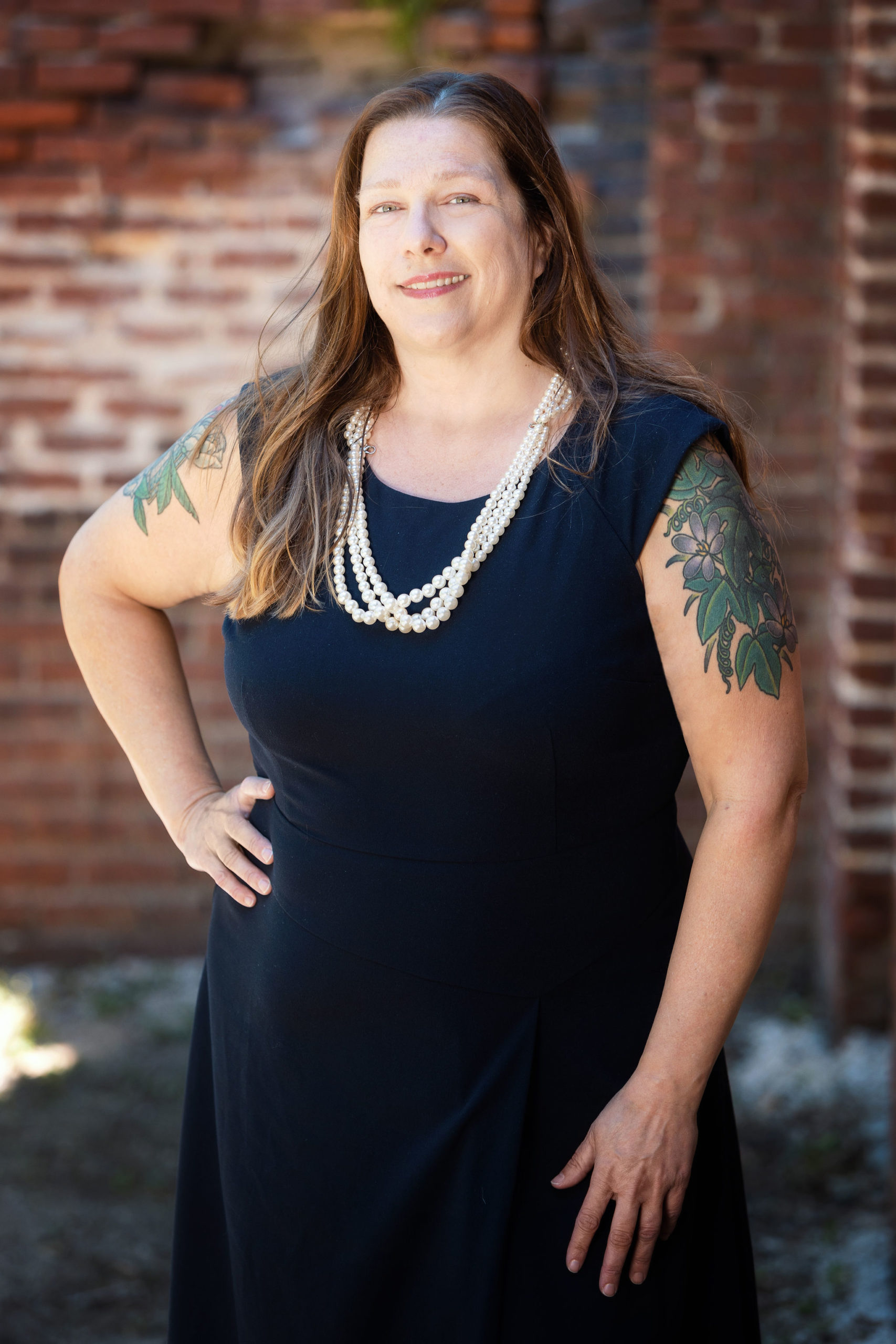 Leslie Edwin
President (since 2018)
Leslie was diagnosed with Cushing’s Disease in 2012 and underwent two unsuccessful transsphenoidal surgeries, ultimately leading to hypophysectomy in January 2013.  After a brief remission she experienced a recurrence in early 2016 but was not a candidate for additional surgery.  After consulting with her medical team and doing a lot of her own research, she opted for radiation and medical therapy.  A test period off the medication in Fall 2018 showed acceptable symptom control even though cortisol numbers were inconsistent, and that’s more or less where she remains today.

In previous lives Leslie worked in retirement planning, investments, and later was a self-employed private chef and event planner after graduating from culinary school in 2006.  The physical detriments of Cushing’s brought an end to the intense world of the professional kitchen, and she has focused all available energy on non-profit work since diagnosis.  In addition to CSRF Leslie volunteers locally, has been a Girl Scout troop leader for over 15 years, and is a Past Charter President of the Lilburn Lions Club.

Leslie found the CSRF in 2013 and hasn’t looked back since that first conversation with Founder Louise Pace.  She has been a volunteer writer, representative, and Director of Support Groups.  Leslie dedicates the work she does to the skilled and experienced handling and care she receives from Neuroendocrinologist Dr. Adriana Ioachimescu and Neurosurgeon Dr. Nelson Oyesiku at Emory University Hospital in Atlanta, Georgia. Meg Keil, MS, CRNP, Ph.D
Director of Pediatric Programs NICHD, NIH , Bethesda, Maryland
Board Member (since 2005)
Meg F. Keil. Ph.D., C.R.N.P. is a pediatric nurse practitioner and researcher with the National Institute of Child Health and Human Development at the National Institutes of Health in Bethesda, Maryland. Dr. Keil received a Bachelor of Science in Nursing, with a minor in psychology from Georgetown University in 1980 and a Master’s degree in pediatric ambulatory nursing from the University of Colorado in 1983. She received a Ph.D. in Nursing from the Uniformed Services University of the Health Sciences in 2011. Her current research focuses on pediatric Cushing syndrome, biobehavioral outcomes of early life adversity, and quality of life and other outcomes associated with chronic endocrine disorders in children. Dr. Keil has authored or co-authored numerous articles on pediatric endocrine disorders, including Cushing syndrome, congenital adrenal hyperplasia, obesity, and pituitary tumors. Elissa Kline
Treasurer and Director (since 2014)
Elissa is a product leader and has worked at several tech companies in Silicon Valley. She earned her MBA from the Tuck School of Business at Dartmouth. While in business school Elissa had leadership roles in the Technology Club, Media Club, and was a Fellow in the Center for Digital Strategies. She has a particular interest in using social media for non-profits. Elissa has been helping the CSRF in numerous areas over the past several few years and she is responsible for CSRF’s continuing website work, database and presence on social networks. She is also the Treasurer

Prior to business school, Elissa spent four years working in advertising sales and operations at the Wall Street Journal. During this time she was also the co-director of Cents Ability, a non-profit dedicated to teaching teens the fundamentals of financial literacy.

Elissa overcame Cushing’s Disease while an undergraduate at Harvard (from which she graduated with honors in 3.5 years!).

Marie Conley is a consultant focusing on engagement strategies, leadership development, event planning, and strategic communication counsel for a variety of clients through her company Conley Consulting, LLC. Marie never takes any professional or personal task at face value.  She is always looking for ways to improve outcomes and calls upon herself and those around her to do the right thing for the right reasons.  Building and maintaining relationships are at her core and she believes that when you bring the right people together for the right reasons success is an inevitable outcome.  Marie does big things by making the little things count.  Her engagement strategies have strengthened reputations, boards, volunteer committees, and donor bases.  Her events create a ripple effect to produce long-term loyalties and support.  In 2012, Marie was diagnosed with Cushing’s Disease– a disease so rare it affects less than ten people per million and founded The Conley Cushing’s Disease Fund to support patients and their families and create awareness for early diagnosis medical professionals for Cushings.

The Cushing’s Support and Research Foundation is a non-profit organization incorporated in the state of Massachusetts to provide support and information to those interested in Cushing’s. This Web Site is for informational purposes only, and does not replace the need for individual consultations with a physician. CSRF does not engage in the practice of medicine, endorse any commercial products, doctors, surgeons, medications, treatment, or techniques. The opinions expressed on this web site are those of the individual author and do not necessarily reflect the views of individual officers, doctors, members, or health care providers.